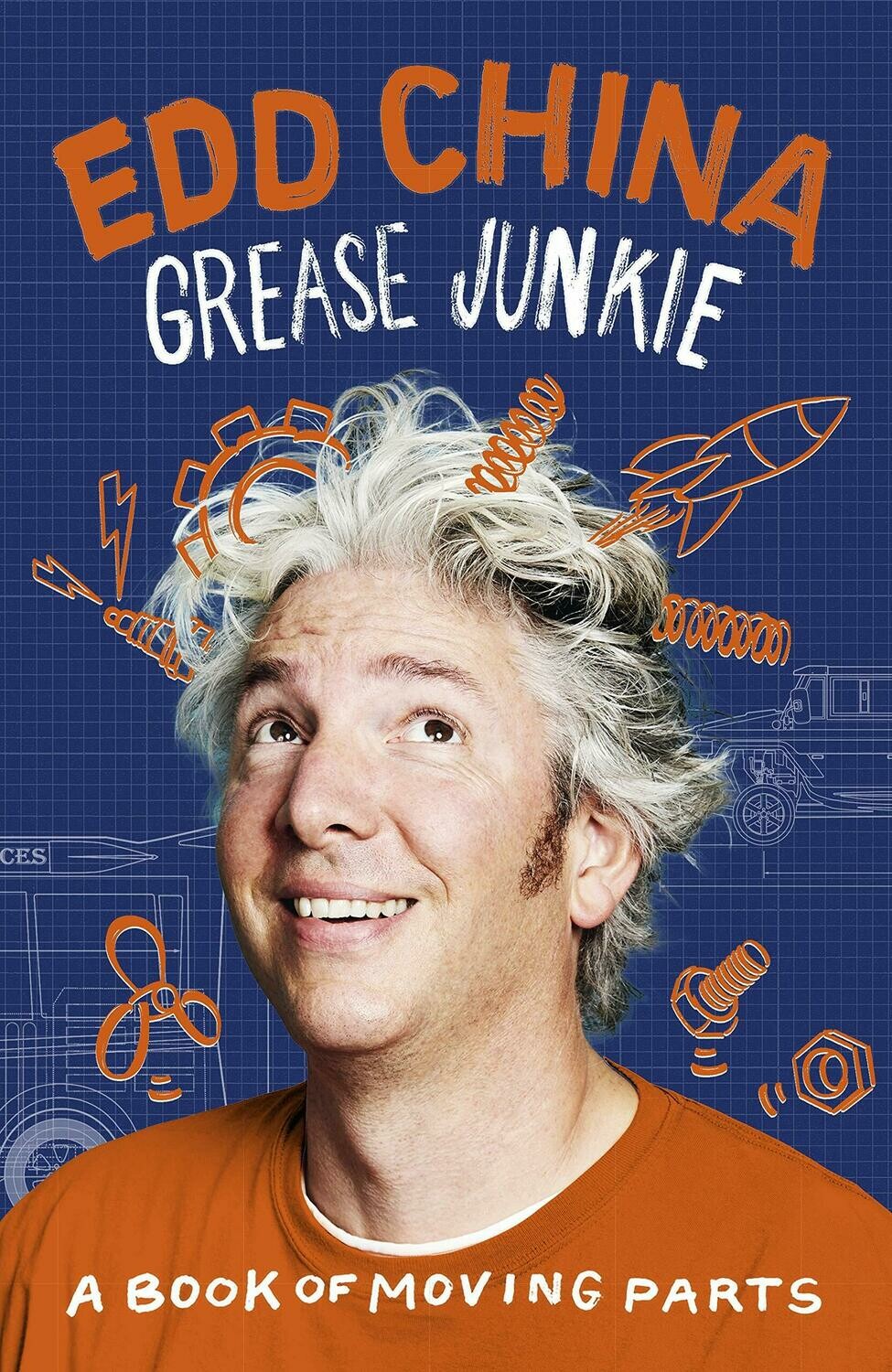 I did a book! All about me, written by me (and Imogen of course), with pictures of me and the stuff I have made. Despite this, people have actually enjoyed it and I hope you will too. If you buy it from here I'll even sign it, by my own hand!

Perfect as a gift, a paperweight or a drinks coaster...

As you'll discover in his incomparable memoir, inventor, mechanic, TV presenter and walking tall as the definition of the British eccentric, Edd China sees things differently.

An unstoppable enthusiast from an early age, Edd had 35 ongoing car projects while he was at university, not counting the double-decker bus he was living in. Now he's a man with not only a runaround sofa, but also a road-legal office, shed, bed and bathroom. His first car was a more conventional 1303 Texas yellow Beetle, the start of an ongoing love affair with VW, even though it got him arrested for attempted armed robbery.

A human volcano of ideas and the ingenuity to make them happen, Edd is exhilarating company. Join him on his wild, wheeled adventures; see inside his engineering heroics; go behind the scenes on Wheeler Dealers. He'll show you how he does stuff, and makes it sound easy.

He'll make you world bigger. Climb aboard his giant motorised shopping trolley, and let him take you into his parallel universe of possibility.

Save this product for later
Display prices in: GBP
bottom of page